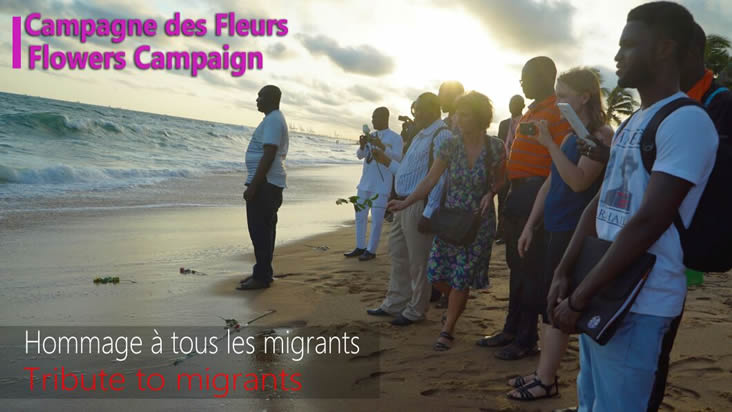 The Flower Campaign is an initiative of the West African Observatory on Migrations, which aims to mark the celebration of the International Migrants Day on 18 December by paying tribute to migrants who die in the seas, oceans, deserts and borders of the world. Join us!

JOIN US IN ‘THE FLOWERS CAMPAIGN’

Migrants arriving to settle in certain countries are victims of collective expulsion. More and more they are arrested; suffer physical and moral abuse and in the worst cases are killed to the detriment of international rights and under the watchful eye of African leaders and the international community.<0}